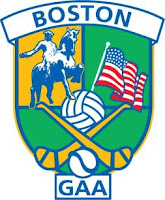 The Boston Northeast divisional board 2018 AGM was held last Sunday, February 11, at the Irish Cultural Center, Canton Mass.   Aside from electing the board of officers for the 2018 season, there were a couple of fairly significant developments.


A motion was passed to restructure the senior hurling championship with the goal of focusing on resident players and improving the competition.  Each of the 5 Boston area clubs will field a senior team only, with limits on the number of sanction (visiting) players that can be registered.  Teams must field a minimum of 7 home based players and each club is allowed to register a maximum of 10 sanction players with no special dispensation made for “J1 eligible” sanctions.  Winners will be crowned senior hurling champions, and a junior final will be played between teams who do not qualify for the senior final.
In addition, a team made of primarily youth program players will enter the Junior B Football Championship.  The goal is to build a bridge between the adult and youth leagues, and provide the players who have come through the youth division with an incentive to continue playing as they enter adulthood.


Thank you to departing officers Gerry Prior, Eddie Feeley and Brendan O’Donovan for your service, and to 2017 Honorary President, Bernie Reilly.  Congratulations to Tony Burke, the Honorary President for 2018 and welcome to David Joyce, David Power, and Greg Lundy who are new to the board.  Best of luck to all for the 2018 season!