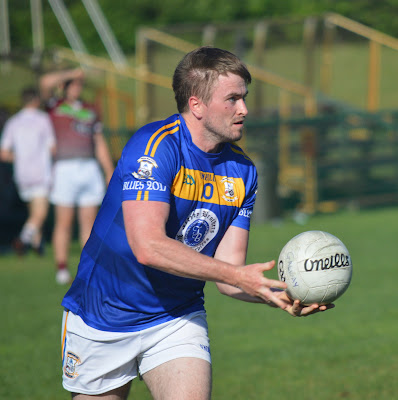 Hard to believe that we are already at the knockout stages of the senior football championship.  Sunday at 2:00 sees Shannon Blues and Wolfe Tones meet in the first of 2 quarter finals.  The teams met in their final regular season game last week, a game that the Blues won handily.  It is not a game to use as a reliable yardstick as the Tones were missing a decent handful of starters, some to injury and others who were unavailable on the day.  Sunday will be a different game with a semi-final place at stake.  The Blues, as has been the case all season, have shown flashes of what they are capable of, powerful no-nonsense football.  There is hardly a weak link on the team, and if they can pull it together for the 60 minutes the Tones will have their hands full.  With the exception of last week, the Tones have shown steady improvement over the season and with a big, strong lineup can handle the physical aspect of any game.  The Blues will be the favoured team to take the step to the semis, however, the Tones will not make it easy for them.


Two teams with similar strengths and similar challenges.  Neither side has proven to be consistent.  Both teams have plenty of talent, but are looking for ways to improve things at the scoring end of the field.  In their last outing McAnespies seem to have found a formula, counter attacking from deep and finding the scores from half back and midfield.  The Gaels simply are still looking to solve that riddle and if it is not done by Sunday it will be too late.  McAnespies are strong in defence and can use that to win the ball and with the players to carry it forward can hit the Gaels on the break.  The Gaels have found a scoring option in midfielder Dan O’Driscoll, however if they are to pull off the win will need to get something out of their forward line.  Expect to see some last minute adjustments for the Gaels who should see plenty of the ball, but will need to use it or pay the price of getting picked apart from a marauding McAnespies.  Macs slight favourites, unless the Gaels can find some form that has largely eluded them thus far. 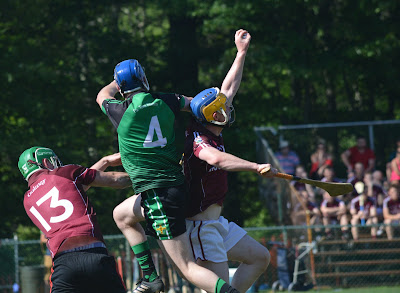 Here we are with the first “elimination” game of the season between Tom’s and Galway.  In spite of the fact that the senior hurling completion has been reduced to 2 participants from the usual 4, the games have been closely contested and none of the first 3 has been decided until the last few minutes, or into injury time.  Tom’s hold the cards with a 2-1 lead in games and a win Sunday will see them lift the senior hurling championship for 2017.  Tom’s have a good defence and can turn it on in the middle of the field, but Galway have a card or two up their sleeve to play yet.  Although the tribesmen lost the last game, there were hints at what they can bring to the field for the next game.  A Galway win, or a tie, will see the series remain alive for another round at least.  With the way that it has gone, who is to say that this will not be the case after the final whistle.


The junior B football championship is at the semi-final stage and by Sunday afternoon the last two standing will be known.  Galway and Cork finished number one and two in the standings, and with Kerry leaving the door open for Donegal and the Gaels, both teams have a semi-final spot.    Galway have run the table, while Cork have had a strong showing in the B division.  The Galway juniors will hope to make it to a final, and set the stage for their senior team who will play a semi-final next week, while Cork will be hoping to do the same for their junior A team.
By Rory O'Donnell