Wolfe Tones captured the Junior A Football championship title following an entertaining encounter with Galway.  It was an uncertain beginning to the season for the Wolfe Tones, but once the ball got rolling this season the men in sky blue and navy played some efficient football, even while dealing with several injuries to a tight squad of players. The game was in the balance all the way into injury time when a Shane O’Brien goal secured the victory.  O’Brien, who had come on as a sub late in the game, was found by a great cross field ball by Michael Kerr, and the man from Inch Beach, County Kerry, fisted home from the edge of the box.

The first half was closely contested with the sides trading points in the early going.  Cormac Joyce-Power flighted some lovely balls over the bar, and for Galway JJ Doyle made the most of any room he found and tallied some nice scores.  Towards the end of the half the Tones opened a gap with unanswered points from Gavin Walsh, Thomas Beckett, and Dan McCabe.

The gap grew wider following the restart as Joyce-Power, Marty Farrell, and Beckett pointed early.  Answers came from Doyle and John Moylan before a penalty was awarded to Galway after Doyle was pulled down in the box.  Kevin Cummins finished on the second bite after Shane Hayes had stopped the initial kick.  Only 2 points in it.  Walsh then netted for the Tones with a deflected shot from 21 yards, but Galway immediately recouped the score with a Doyle goal following a sweeping move downfield after the kickout.

The Tones made it a 3 point game heading into the last few minutes with a Beckett point.  Galway’s efforts to move the ball downfield were well read by Tones defenders, Paudie Kenneally being particularly effective in that regard.  The deal was sealed with Inchy’s goal and the Tones were celebrating a championship trophy with a final score of 2-15 to 2-9. 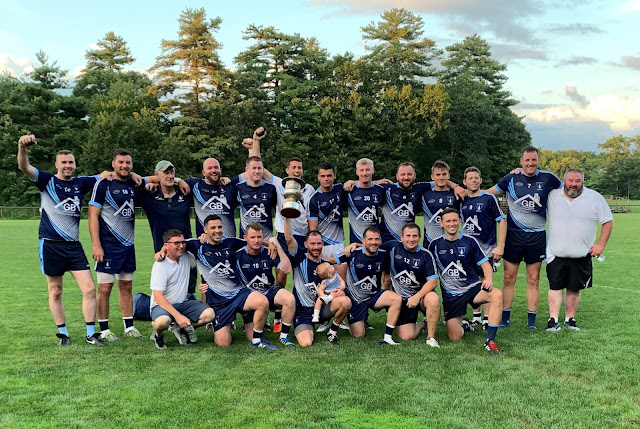 Sean Og’s completed a double with a convincing win over Donegal in the junior B football final.  The players who came up through the youth programs showed that they have learned their lessons over the years, and applied them well.

The first half was well contested, with the difference maker being an Eoin Gormley goal.  Points from Steven Ward and Ashley Carr capped off the half to make it a 1-6 to 0-7 Sean Og’s lead.

The second half saw a flurry of unanswered points from Sean Og’s put the youngsters into a healthy lead.  Gormley, Declan O’Sullivan, Mike Moylan and another excellently taken O’Sullivan free opened the lead to 6 points.  Sean Og’s defence handled anything Donegal threw at them, until a Carr point saw the northerners get off the mark.  Gormley, however, was busy at corner forward and looked dangerous when the ball came in to him, and set up Ward for a second Sean Og’s goal.  One that would surely see them through.

The final stages of the game were a little shaky for Sean Og’s as Donegal hit with 2 late goals to try and make an unlikely late comeback.  Brian Kelly was involved in both, first palming home a Christy McLaughlin cross, and then winning a forward mark, and Ashley Carr ending up putting the ball into the net.  The gap was too wide to bridge, however, and Sean Og’s celebrated a deserved Junior B football title, to go with the junior B Hurling that was won last weekend.

In his speech following the win the Sean Og’s captain, Patrick Moylan, noted that the club is named in memory of Sean Farrell, son of John and Bridget Farrell and that it was a privilege to play for a club that means more than just football. 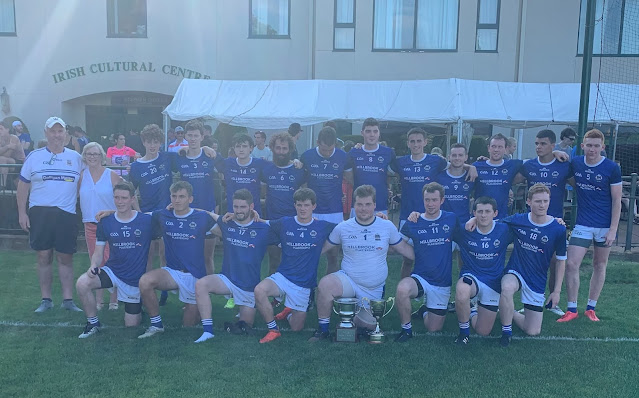 The junior C football championship was won by Hartford in a tightly contested final.   An early goal put Hartford in the driver’s seat, but by the half time break Portland had returned the favor and there was a slim 2 point lead for the Connecticut men, 1-5 to 1-3.

Hartford doubled that lead after the break, tagging 3 points to one for Portland, but heading into the final quarter the game was still very much in the balance.  Portland were unable to eat into the gap and at the final whistle, amid scenes of delight from the Hartford supporters, it was a 1-10 to 1-6 Hartford victory. 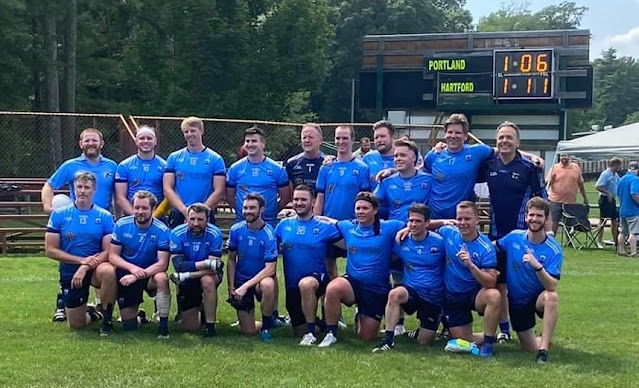