In what could be a championship decider, Connaught Ladies and Boston Shamrocks met up once again in the Ladies Senior Championship. After the last matchup where the Shamrocks came out of nowhere with a dominant win, they were looking to build on the victory and bring the series to a tie.


It would be the Shamrocks who would start the match strong, with a number of points from Sarah Jane McDonnell, Aisleen Cunningham, Maria Watson, and Paula Doran, to go 0-4 to 0-0 ahead. The Shamrocks would have a near goal chance to extend the lead, only for a good save from keeper Rachel O’Driscoll. They would maintain their strong start in the defensive end as well as the Connaught Ladies weren’t able to make it past the Shamrocks 22, and any ball kicked in was cleaned up by Shannon Kelly. 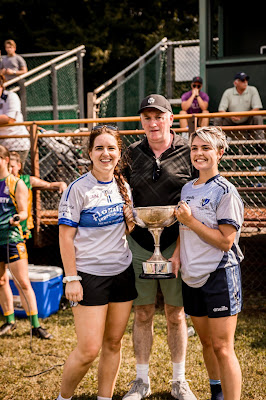 It would be 14 minutes before Ciara Forde would score Connaughts first point of the match. They would nearly get a goal to help close the deficit only for a bit of bad luck for Connaught as the ball hit the crossbar and the rebound would be kicked wide. It looked as if Connaughts troubles were building as the lost a player due to them striking another player across the chest. However, they would make a comeback from 4 down to get in the lead with points from Aoife Heffernon and a goal for Emma Hegarty.  They nearly scored another goal as they increased the intensity when Jackie McDonagh would shoot low across the face of the goal, beating the Shamrocks keeper, however, the shot went just wide. The Shamrocks would score two points and Connaught one to end the half where it was all tied up at Shamrocks 0-6, Connaught 1-3.


The second half would start off slowly, with both teams once again scoping out the opposition, However, the intensity would once again change, as two quick goals from Sarah Jane McDonald would give the Shamrocks a 6 point lead. Connaught retaliated with two goals of their own to tie it up once again. This would be the last time the teams would be close, as Connaught would start to build their lead with a number of points from Emma Hegartym Sinead McGovern, and Jane Ward to lead them on to a surefire victory with a final score of 3-10 to 2-8. 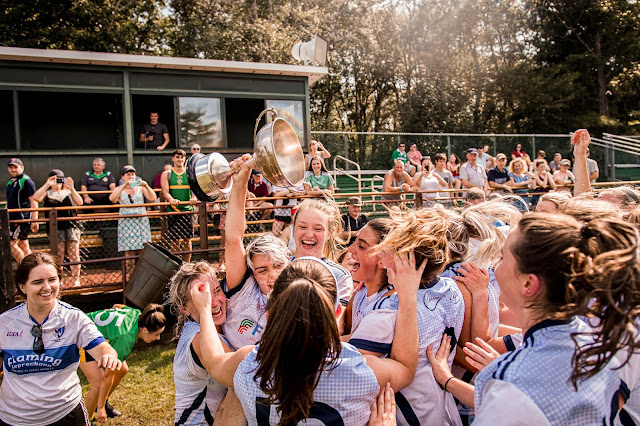 With this victory Connaught Ladies would be named the 2019 Boston Senior Women's Championship after a well-played championship. The Shamrocks didn’t go down quietly, and surely will be back for blood and the cup in the 2020 championship.


Written By: Evan McDonagh
Posted by Rory at 2:29 PM