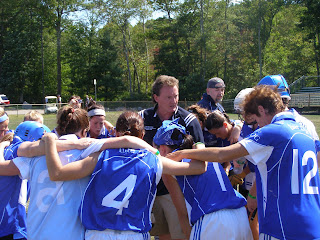 Eire Og were up against a tough opponent in the senior camogie final as they faced St. Mary’s of Chicago. In spite of a wholehearted effort on the part of the local side, St. Mary’s were that little bit better and got the vital scores to claim the championship. Three goals in the first half proved to end up being the difference between the teams. Eire Og made a good run at it in the second half, but Mary’s held the local side out and ended up deserving winners.

St. Mary’s held the advantage at the end of the first period thanks to three first half goals. Eire Og did well and registered five scores, a goal and four points. The first, a goal, came from Anna Flanagan and put Eire Og into a two-point lead. Colette Gill had opened the scoring with a point for St. Mary’s with a point from a free. The Chicagoans then proceeded to register three goals in a row. Gill, Miriam O’Keefe – who dropped the hurl and handpassed into the net, and Grainne McCrickland each registered a major for Chicago. Eire Og made a couple of switches and then took a turn to dominate. Ciara Johnson pointed three times, twice from long range frees and once from play, and Michelle Walsh added another. At the half it was Mary’s by four points. 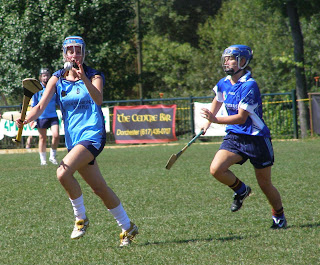 In the second half Eire Og had the benefit of a stiff breeze in their favour and for much of the half dropped high balls into the Mary’s penalty area. Marys’ were first to score in the second period, however. McCrickland and Gill (free) each pointed for the Chicago side. Eire Og then applied a lot of pressure to the Chicago goal, but Roisin Callan was sound under the high dropping ball and the St. Mary’s goalkeeper made some good clearances. Johnson registered the first score of the half for Eire Og with a fine point from play, but with less than 10 minutes remaining the Boston girls had it all to do. With time running out on the local side, Eire Og went in search of goal and generated some chances that went awry.

A last minute goal from Miriam O’Keefe put an exclamation point on the win for the Midwestern side, and while it was disappointment from a Boston viewpoint, the visitors from Chicago deserved the win. 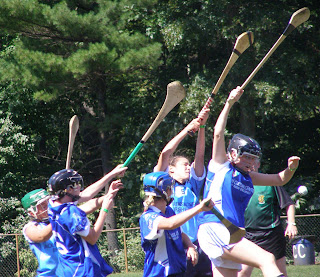