The Irish Youth Sports League Field Day was held Saturday morning at the Irish Cultural Center, Canton Massachusetts. The Trinity Youth Gaelic Footballers participated and had a great run out. It's amazing watching them pick up the skills. Our youngsters played two games, the first against the Irish Sports Youth League and the second versus St. Brendan's. The ISYL and Brendan's generously let us borrow some players as there were a few who could not make it, and all the kids looked like they had a great time.
There were teams from age under 6 to under 16 from Massachusetts, Connecticut, New York, and Pennsylvania participating. Football and hurling were played. The place was a hive of activity and it was a great day for parents and kids alike. The tee shirt below contains the names of the clubs that participated. Massachusetts - ISYL, Trinity, St. Brendan's, Acton, John Boyle O'Reilly Club. Connecticut: New Haven, Hartford. New York: Rockland, St. Bridget's. Pennsylvania: Philadelphia Shamrocks, Delco Harps, Delco Gaels. 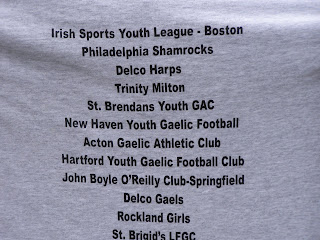 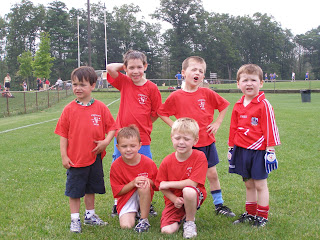 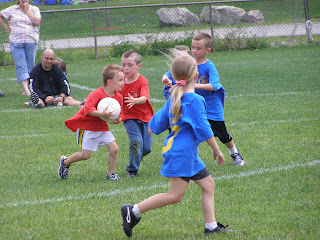 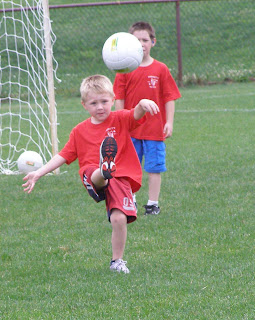 Ben Waterman Kicks out versus Brendan's 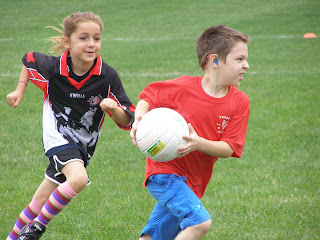 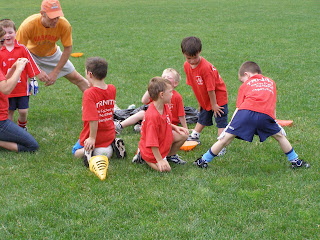 Limbering up between games 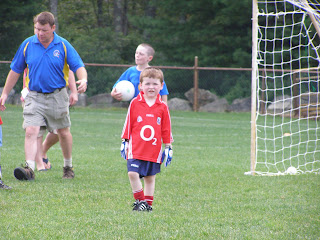 That child is absolutely adorable