After 6 weeks of hard training, the kids from the newly formed Trinity Youth GAA club played their first game of football against intense local rivals, St. Brendan's of Dorchester. 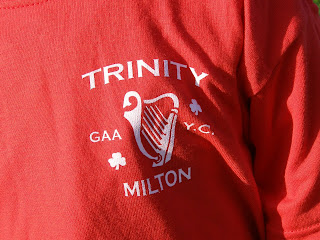 Seriously, this was the first time any of the kids from either side actually played a game of Gaelic Football. Most of the kids were aged from 4 to 7 years old and had lots of fun, as did the parents and supporters on the sidelines. Seamus Buckley did a great job refereeing and doing the "in game" coaching of the kids and the youngsters seemed to get the hang of it the more they played. There are more games on the horizon in the next few weeks as the fun continues! 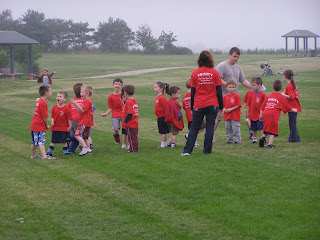 Chris and Tara organize the troops before the big game. 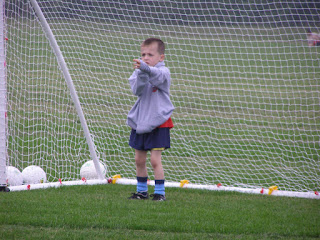 Nessan minding the net for Trinity. 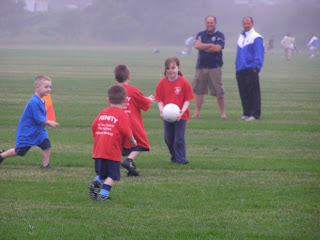 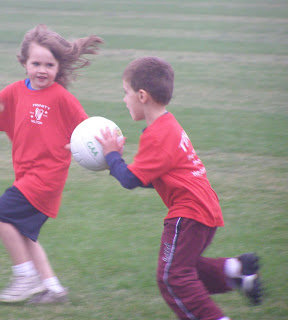 Brady Vrettas on the attack! 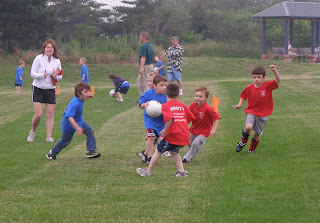 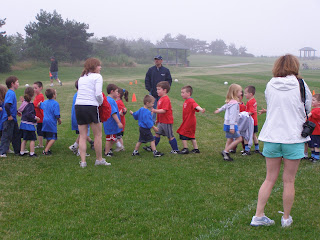 Handshakes all around after a great game of football.
Posted by Rory at 2:22 PM